When developing this website, parents were asked what their top tips would be for other parents going through a similar experience. Their advice has been divided into sections to help you to find the advice that is most helpful for you.

“People left right and centre will say, ‘yeah let me know if you need help’. It’s a huge step to go from that to actually asking for something. My advice would be, encourage people to just say what help they can give. It makes it easier to actually ask for that if they’ve told you what they can do. If you’ve got those boundaries up front. Because, I found that the friends I did rely on were the ones, not the ones that said let me know what you need, it was the ones that said right I can have the boys at this time, I can do this, I can do that. So, when people offer help, ask them what help they can give.”

“Keep it fun. We would put the baby in the living room and she’d have her bath toys to play with, so whilst the nurse sorted her out, we would distract her.”

“She refused to go in the bath afterwards and that was difficult. We had to keep trying and it was finding ways around it. I would go in the shower with her or bringing the bath into the living room so she could watch a program. It’s all about keeping the boundaries but finding ways to make it easier.”

“One thing I’d want to tell a parent about is bathing, because that can be really hard to do. Especially, as lots of people do, if you take them to the bath to put cold water on them and then they associate that bath or shower with a place which was really painful. I used to get in the bath with him and we would have a bath together. That’s the sort of stuff that’s really important to support your child. Just getting back into that cleaning and then creaming routine.”

“We had his old baby bath and we used to put the telly on and he wouldn’t sit down in it so we just kind of tipped the water over a little bit. So maybe that’s an important tip of mine: If you’re child doesn’t want to sit down in the water, just encourage them to play to tip, to splash you, you know, you’ve got to kind of not worry about it. I remember it being really hard and I was thinking, ‘oh my god, we’re never ever ever going to get him clean’, and of course it’s stressed how important it is, that you must bath your child every night to get rid of all the cream, and then cream them again and stuff. But you’ve just got to keep going and then eventually they don’t mind it and they will sit down in the water. Gradual exposure, and trying to make it a bit more playful for them, a bit nice.”

“One bit of advice I would give another parent to help their child is, if you don’t have boundaries now, you’ve got to get some.”

“I think I’d tell other parents to keep your boundaries in place and keep things as normal as is physically possible.”

“At first, I think, it’s easy as a parent to be a little bit overprotective, for me anyway, but they have to learn to do things themselves. I learnt quite early on not to intervene. Just stand back. I would watch her in any new situation, the play park, school or swimming, whatever. Because she has to be able be able to cope without me there. And it really was a case of, I would always just stand back and make sure it wasn’t too much. And I never had to intervene, she learnt from a really young age how to manage other people’s reactions.”

“In those early days just talk to somebody, be it family or anyone. Ease yourself of that guilt by just talking about it.”

“I only ever focus on the next step, I can never think about what life’s going to be like in 5 years time. All I think about is the next phase, what logistics do I need to cover this. Because sometimes things will take you left field.”

“I think that’s probably the most important bit of it, to try and make sure you talk to someone, it doesn’t even have to be a psychologist, it could just be somebody, just talking to my friends and talking to my family.”

“I suppose with us the writing things down helped. We were told by one of the nurses on the day that she was admitted that we should write everything down, which really did help, particularly with me. We both did it separately. We wrote down everything that had happened from our point of view. The fact that we’d dumped it all onto paper stopped it doing that loop in your head so much.”

“When I found something really difficult, I just went off afterwards and had a cry. I spoke to the nurses and they were really supportive.”

“My tip would be to ask about free parking at the hospital, find out if it’s available to you.”

“I remember those first few weeks, months, year just thinking ‘will life ever feel normal again?’ and of course it does, eventually.”

“It does get better with time. You don’t think it will, but it does.”

“My son doesn’t remember any of it.”

“The years have made a big difference. And that’s something that parents need to know too I think. It doesn’t necessarily stay as bad, at least in our experience.”

“People used to turn up with a present for my injured child but not the siblings. So many people bought her presents, we were overwhelmed, and it was lovely but, you know, kids that age, they love a gift too. Eventually I had to say to people, look, they’ve been through a lot and they like presents too. Actually, I had a stash of gifts that I bought. I’d keep them in the cupboard and if someone had been then I’d say, they brought this for you. The injured child gets so much of the attention from everyone, and then you’ve got people turning up left right and centre with gifts for them, and there’s only so far that the siblings can understand. It’s frustrating.”

“During a meal, we all discuss how we’re feeling. That was brilliant because that’s how I learned how much it was affecting his brothers. I also learned what was going on at school, and what they all needed help with. By sitting round the table, everyone had five minutes where they weren’t interrupted, and that to me was really really important and so helpful because you then found out where you needed to support them.”

“Parents should push if they don’t feel something is right. Parents should know that they are the expert on their own child, not necessarily the doctor or nurse that’s treating them. Parents should always view themselves as the expert because it’s their child, they should have the confidence to push that relationship.”

“Something with hindsight that I wish I’d done was basically asked more questions.”

“When we had to put the cream on it was “attack of the monster” and it was absolutely hilarious. She thought we were trying to tickle her and you’d do both sides at the same time and she didn’t know what you were doing, so I think keeping it fun and distraction are probably my best tips.”

“We’d always focus on what was coming next after she was done at the hospital. After they’d done whatever they needed to do, then she was going to go and do something that she really wanted to do.”

“For some of the operations we were able to go so far with her and then obviously you had to leave. So, we made sure we had a plan in our head to begin with about what we were going to do to occupy our time, knowing that she would be out for an hour. Otherwise you get to being separated and then it’s like, ‘well what do we do now?’ We actually planned out, we weren’t leaving the hospital, but we would walk down to the restaurant area, we went and bought food and stuff. Because, in hospital, you need to distract yourself as well as your child.”

“Sleeping in hospital is really hard, so tips for that are nap when you can. And try and ask the nurses not to do hourly obs because that’s really really disruptive. So, talking to the nurses about when they can do their checks and observations.” 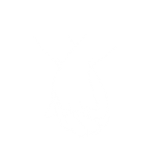